Not Many People Know About The City 1200 Feet Below Detroit. This Place Is Unbelievable

by Slip TalkIt’s no secret that Detroit has been hit very hard by the recession. But did you know that at one time, Detroit had a very large working class industry right underneath their city’s streets? That’s right! Detroit had a very large salt mine that was basically an underground industry underneath their city. It was over 1,500 acres big and had over 100 miles of roads making up this underground salt mine. This mine stretches from Dearborn all the way to Allen Park. The mines were owned and operated by The Detroit Salt and Manufacturing Company. It was booming from the early 1920s up until 1983, when it was forced to close due to the falling salt prices. When business was good, they offered public guided tours, which was very popular with school groups. You can still see the entrance at 12841 Sanders Street, but it’s only open for delivery trucks. Read further to see exactly what they are delivering. 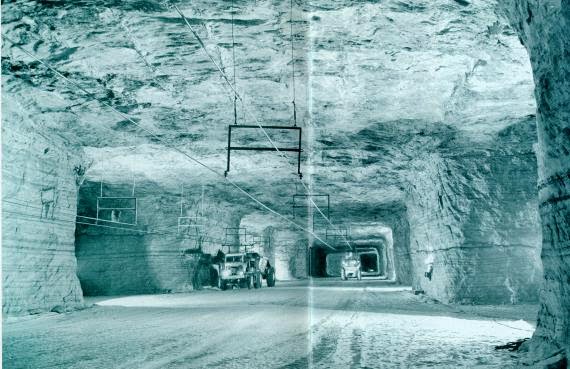 So how exactly did all of this salt get underneath the city of Detroit? About 400 million years ago, there was an area of land that is now called the Michigan Basin. This area was separated from the ocean but kept sinking lower and lower into the Earth. Because it continued to sink, the salt water from the ocean poured in as the ocean receded. Once the ocean water evaporated, it left behind huge salt deposits.

Not Many People Know About The City 1200 Feet Below Detroit.salt mine