Edward Bernays invented ‘Public Relations’ in the 1920s, being the first person to take Freud’s ideas to manipulate the masses. He showed American corporations how they could make people want things they didn’t need by systematically linking mass-produced goods to their unconscious desires.

“If we understand the mechanism and motives of the group mind, it is now possible to control and regiment the masses according to our will without them knowing it.” -Edward Bernays, (Propaganda 1928, p.71)

Edward Bernays – also known as the “father of propaganda” – took Freud’s key thesis that individuals were driven by unconscious irrational forces and used it to develop marketing techniques which are now common place.

One example was Bernays campaign to convince women to smoke in the 1920s. Bernays helped the smoking industry overcome one of the biggest social taboos of the time: women smoking in public. Prior to the 1920s, smoking was largely a male pastime and women were only allowed to smoke in designated areas, or not at all. If caught violating this rule, women would have been arrested. 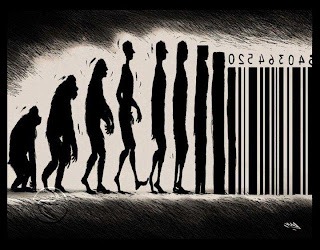 Bernays used psychoanalysis to associate the act of smoking with a sort of challenge to male sexual power. Bernays staged the 1929 Easter parade in New York City, showing models holding lit cigarettes and told the media to refer to the cigarettes in the press as “Torches of Freedom” – in a protest against male patriarchal society.
After the historical public event, women started lighting up more than ever before. It was through Bernays that women’s smoking habits started to become socially acceptable. Bernays created this event as news, which, of course, it wasn’t. Bernays convinced industries that the news, not advertising, was the best medium to carry their message to an unsuspecting public.
(Propaganda 1928it is now possible to control and regiment the masses according to our will without them knowing it.” -Edward Bernaysp.71)The Century of the Self - the rise of the all-consuming self and the influence of the Freud Dynasty“If we understand the mechanism and motives of the group mind