7 nasty effects of BPA (Bisphenol); The toxic chemical found in many plastics

Bisphenol a (BPA) is the widely used chemical found in many plastics, food can linings, and even on US dollars and receipts. Known as an endocrine-disrupting chemical that mimics the hormone estrogen, BPA has been linked to numerous negative health effects in countless studies. The worst part? While the Food and Drug Administration considered banning the chemical in March of 2012, the ban was denied, and BPA continues to be ubiquitous. So what exactly does mean? It means the entire U.S. is still subjected to the chemical’s negative effects.

Here are 7 nasty effects of BPA

Breast cancer is slowly becoming one of the many well-known negative outcomes induced by BPA exposure. In fact, over 130 studies have confirmed the link between bisphenol A and to ailments like breast cancer, obesity, and reproductive problems. Ironically, the popular nonprofit Susan G. Komen for the Cure partners with many bottled water companies for their ‘For the Cure’ races across the nation. The problem, obviously, is that most of these plastic bottles contain BPA. 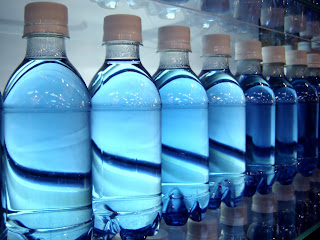 While girls typically enter into puberty (or have in the past, at least) at just over ten years of age, studies show that this age has fallen by more than a year within only one generation. Some girls are even seeing breasts at 7 years old. Although there are other factors to consider, BPA may be to blame as well.

After examining 1,151 girls between the ages of 6 and 8 in the United States over a two year period, researchers found that multiple chemical classes were detected at high levels within the girls’ urine. About one-third of the girls went through puberty prematurely.