Scientist have previously proven links between drug addiction and fast-food addiction, but now there is a growing body of research that is finding out how junk food is hard wiring our brains for cravings.

The latest study, published March 28 in “Nature Neuroscience,” likened the affects of high-fat, high-calorie fast food to those of cocaine or heroin, in animals at least.

The researchers showed that the pleasure-center in rats brains were overstimulated from the fast food similar to an addict’s cocaine binge. Eventually, the pleasure centers became so overloaded that rats needed more and more food to feel normal, according to Paul H. Kenny, an associate professor of molecular therapeutics at the Scripps Research Institute. 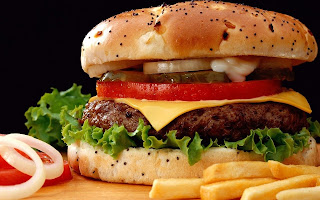 Throughout the study, Kenny and his co-author studied three groups of lab rats for 40 days. The first group ate healthy food. The second ate a limited amount of junk food. The third group, however, was allowed to gorge on high-fat, high-calorie foods and became obese.

The startling side effect? The brains of the obese rats changed. “The body adapts remarkably well to change — and that’s the problem,” Kenny said in a press release. “When the animal overstimulates its brain pleasure centers with highly palatable food, the systems adapt by decreasing their activity. However, now the animal requires constant stimulation from palatable food to avoid entering a persistent state of negative reward”.