Why No GMOs? Surprising facts about food’s biggest controversy

Why No GMO? 5 Surprising Facts About Food’s Biggest Controversy

Genetically modified organisms, or GMOs, are created when a gene from one species is transferred to another, creating something that would not be found in nature.

A large percentage of domestic crops (up to 85% of soybean yields) have DNA that was tweaked in a lab, yet it is nearly impossible to know which food items contain these genetically engineered ingredients. Thankfully new mobile phone apps are making it a bit easier for the consumer to know what she is eating.

With all the information out and study’s completed, it seems very little support exists that supports the pro-GMO, pro-Monsanto argument.

The Nobel Peace Prize-winning agronomist Norman Borlaug wrote in a 2000 essay for Plant Physiology that, “By 2025, we will have to nearly double current [food] production again. This increase cannot be accomplished unless farmers across the world have access to current high-yielding crop production methods.” He, like so many other GMO advocates, rails against “antiscience” activists, saying they’re misguided in trying to kill much-needed agriculture technologies. 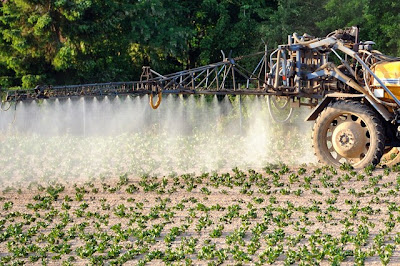 As it turns out, the argument about yields appears to be faulty. The results of a 20-year study conducted at the University of Wisconsin (and funded by the U.S. Department of Agriculture)