Mind Control in the United States

Mind Control In The United States.. Must Read

The exact contrary of what is generally believed is often the truth Jean de La Bruyere 1645 to 16961. Introduction

The most effective way to protect yourself from subconscious manipulation is to be aware of how it works.

Steven Jacobson, author of Mind Control in the United States, is a film technician experienced in subliminal techniques used in the communication media. Subliminal perception is a process, a deliberate process created by communications technicians, by which you receive and respond to information and instructions without being consciously aware of the instructions.

Scary? You bet your life it is. And as Jacobson details in this book it is happening in America today. Mind Control in the United States is an introduction to the history and practice of subliminal communication. It outlines the principles of mental programming, i.e., that an initial distraction must be followed by repetitive commands, and it tells you how these ideas are implemented.

Further, the book tells you when and where it has been used. Jacobson’s examples range from In Flight Motion Pictures, Inc. and its on-board films to general audience movies such as Reefer Madness, The Exorcist, and My World Dies Screaming. The effects on audiences are graphically described.

The case of the movie The Exorcist is specially interesting. William Peter Blatty, author of the book and producer of the movie, is a former CIA operative. Blatty had an extensive career in government psychological manipulations. One has to be pretty naive to argue there is no connection between Blatty’s CIA career and his choice of communications techniques. 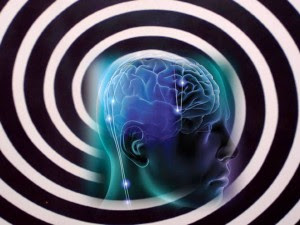 Similarly, subliminal techniques have been used on radio and television. Current research has moved heavily into extra sensory perception (ESP), the use of meditation, and marijuana to generate altered states of consciousness. Out-of-body experiences are apparently better documented as research has progressed far beyond general belief. Just who is responsible for this intrusive experimentation with free individuals in a free society? Author Jacobson presents example after example identifying the so-called Eastern Establishment, that coterie made up of the Council of Foreign Relations, the Bilderbergers, and other assorted elitists as the primary source.

Know where you are – go within – trust your feeling