For years, the U.S. Centers for Disease Control and Prevention (CDC) has maintained that the combined influenza vaccine, which was first administered during the 2009 H1N1 pandemic flu season, is perfectly safe and actually encouraged for pregnant women. But a new study published in the journal Human and Environmental Toxicology (HET) reveals that, following the mass administration of the untested dual vaccine, which contains the mercury-based preservative Thimerosal, miscarriages and stillbirths among pregnant women who received it skyrocketed by an astounding 4,250 percent.Based on information compiled from the official government Vaccine Adverse Event Reporting System (VAERS), which only accounts for less than 10 percent of all actual vaccine injury cases, the multiple-strain, inactivated flu vaccine containing mercury was directly responsible for triggering the 4,250 percent fetal death increase, which was seen only during the 2009 pandemic flu season. In the years before the vaccine’s administration, as well as in the years after, rates of miscarriage and stillbirth were far lower, pointing to the combined vaccine as the culprit. 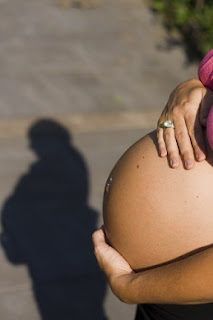 According to Eileen Dannemann, Director of the National Coalition of Organized Women(NCOW), the CDC has continually made a conscious and willful effort to cover up this data, which shows the immense dangers of the combined flu shot, and has repeatedly lied to the public with claims that the vaccine is safe for pregnant women. The agency even went so far as to publish a fraudulent study in the American Journal of Obstetrics and Gynecology(AJOG) that intentionally withheld critical data on the fetal death spike.”Not only did the CDC fail to disclose the spiraling spike in fetal death reports in real time during the 2009 pandemic season as to cut the fetal losses, but also we have documented by transcript Dr. Marie McCormick, chairperson of the Vaccine Safety Risk Assessment Working Group (VSRAWG) on September 3, 2010, denying any adverse events in the pregnant population during the 2009 pandemic season,” wrote Dannemann in a letter to Dr. Joseph Mercola about her findings.
Be sure to read England’s full report on the issue here: http://vactruth.com/2012/11/23/flu-shot-spikes-fetal-death/Sources for this article include:

How to never get bitten by ticks again!

12 cell salts and their zodiac signs